Posted on March 5, 2013 by ElephantLover 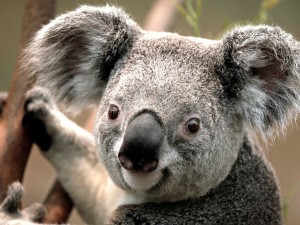 Posted in Asian Elephant Information and Facts | Comments Off on Test

Video of Suda the Elephant

Information and Fun Facts about Elephants

Elephant Facts on their Size:

In Thailand the elephant is held in prestigious regard, it is a scared animal that was mounted for battle and used for integral industries like agriculture and farming. There is a famous proverb in Thailand that a marriage is like an elephant: the husband is the front legs’, providing the direction and the wife is back legs providing the power.

Elephant Information on their Tusks:

•    Elephant Tusks are used for digging for salt, water and rocks they are also used for debarking trees and as a weapon.
•    Elephants are known to left or right tusked.
•    Females don’t have prominent tusk, although they do have them, usually seen when they open their mouth- they are referred to as “tushes”.

Elephants are sacred animals in Thailand so a special elephant day was designated by cabinet, the special day in March 13th and it is held annually, it was brought in a decade after logging was made officially illegal

Elephant Information on their Status:

•    Elephants are recognised as the official animal of Thailand
•    The previous Thai flag had a picture of an elephant on it.
•    At the start of the 20th century there were 100,000 elephants in Thailand.
•    Elephants are called “Chang” in Thai. They have a drinks company and even a letter in the alphabet named after them.

Elephant Facts on their Intelligence

Elephants are reported to go to safer ground during natural disasters like tsunamis and earthquakes, there are video’s of elephants and other animals going to higher ground prior to the tsunami that hit Thailand in 2004.

•    Elephant’s frontal region of the brain is shaped much like humans, apes and some dolphin species’- it is associated with special awareness, conscious thought sensory perception and language.
•    The most expensive elephant painting sold for $39,000 on the 19th February 2005.

About Art by Elephants & Our Elephant Artists

Art by Elephants the home of elephant art. Our painting elephants love to show their artistic side.

This is Suda the elephant painting on canvas. She is one of 3 painting elephants at Mae Taeng Elephant Camp in Chiang Mai

So what are we all about? Primarily artsbyelephants.com endeavors to be the premier retailer of elephant art. Yup, that’s right! Art painted by elephants! We have a host of canvas bags “trunk painted” by our elephant artists. We also stock a variety of wonderful accessories and home decor inspired by these wonderful animals. Profits from the sales of elephant art go towards maintaining, caring for, and feeding these majestic creatures.

We are delighted to be in collaboration with the community project taking place at Mae Taeng Elephant Camp, Chiang Mai, North Thailand. This is a place dedicated to the survival of the Asian elephant, the employment of marginalised northern tribes people, all wrapped in an ethos of giving to the planet, making a sustainable, environmentally friendly initiative. Its our privilege to be part of something that is so very special.

With this in mind we strive to be an informative resource on the culture, style and current predicament of the indigenous tribes of North Thailand; as well as providing information on all the elephants, the painting process and the owners at the camp. We will have continual updates about all things elephant related on our Facebook fan page; “Arts by Elephants” and through our website.

We know you guys love those cute little baby elephants, so we will provide information on all new infant calves with tonnes of pictures and videos for your enjoyment!